Ayurveda is the holistic science of the healers of ancient India. Known for thousands of years, it is expressed not only in the treatment but also in the active prevention of all diseases. This is mainly done by optimizing our menu.

After all, food is our main source of life. At the same time, it is through it that the substances that destroy it (ama) enter our body.

According to ancient Indian knowledge, everyone has their own individual fragile balance and all diseases are caused by its violation. That is why their treatment is invariably associated with the observance of a favorable diet.

But Ayurveda is not a collection of diets – on the contrary, it is a way to enjoy eating without worries. For these reasons, it is gaining followers in the West as well.

True virtuoso Indian chefs know how to prepare food in unison with all the rules of Ayurveda. However, most of the recipes are easy enough for us to try to prepare them at home. See how you can add some of these wonderful dishes to your diet.

However, like many other things, food in Ayurvedic cuisine must be taken seriously. Balance is important, so we should not overdo it with those foods that are harmful to us. And who they are depends on our individual constitution. According to Ayurveda, it is determined by the dominant life energy in our country – kapha (kapha), pita or vata.

Before choosing your daily menu, find out about your own nature.

Understanding the different foods in Ayurveda is complex. They are determined by their various properties such as taste (in Sanskrit “race”), aftertaste after grinding (vipaka), and effect (vira). Taste in turn is a combination of different elements (water, fire, earth, air). That is why they interact with us in a peculiar way, because we are made up of certain elements.

The effect of food must be known so that we can choose the most suitable for us. We should not eat even the highest quality things if they are not a good choice for our body, the climate of the place where we live, etc. We share with you some of our tips for healthy eating in unison with the precepts of Ayurveda .

Due to the country’s tropical climate, Indians, of course, had access to exotic products that we may have only dreamed of being able to grow in our garden. Thanks to the development of the global market, we can now obtain Blessed Fruits, Vegetables, Grains and Other Products from India.

Ghee has a calming effect on all doshas when we do not overdo it. If we have easily irritated coffee dosha, we must be especially careful with it. If necessary, replace it with plant products.

Ayurveda has developed various methodologies that can help us decide whether it is appropriate to eat milk and its derivatives. In India, there is a peculiar rule – not to consume yogurt in the evening. This is mainly due to the fact that it is quite greasy. To enhance the positive qualities of yogurt, to it are added ennobling ingredients such as ghee, honey and others.

The combination may be, for example, between mung beans and another cereal, such as rice, and lentils may be used. It is traditionally flavored with a mix of Indian spices such as cumin, chili, long pepper, turmeric, coriander, etc. Kitchari is a suitable food when we want to detoxify.

Attention! People with a predominant vata dosha, prone to imbalance, should avoid eating foods such as beans as well as potatoes.

Interestingly, Indian chefs sometimes put cinnamon in the lentils. This makes it even more useful, especially for people with a pronounced kafa dosha. Authentic Ayurvedic spices are hard to find, but interest in them is growing. Well-prepared red lentils (dal, stew or puree) can also be used for a detoxification regimen.

Depending on whether it is good for your personal constitution to consume dairy products, you can garnish with a little sauce or just lemon for freshness. If you are a fan of hummus, prepare it with a mix of Ayurvedic spices and enjoy the fragrant and rich taste. You can garnish it with slices of red pepper.

Ayurvedic dishes have a wonderful effect on digestion. They do not burden the intestinal tract or the excretory system, do not accumulate toxins, on the contrary – they help us get rid of them.

At first, most people are surprised that in Ayurveda even  there are so many recipes for sweet things. Of course there is! However, proper nutrition does not only contain salty foods.

Otherwise our body begins to starve and become inhibited. The easiest way to get into a yo-yo effect is to go overboard with diet fanaticism.

People who, according to the classification of human energies in Ayurveda, have a predominant vata dosha have a special need for sweets.

Here are some examples of wonderful sweets from Ayurvedic cuisine:

Ayurveda forbids the intake of inappropriate foods, and as such it recognizes those products that we ourselves do not like and do not want to eat. Remember that the wrong foods tend to build up in the body and create blockages.

The more you move and exercise, you can safely accept the variety of all those in food, regardless of the specifics of your energy constitution, of course – in moderation. 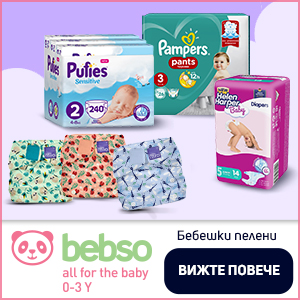