Treatment of multiple sclerosis with Ayurveda

What is the multiple sclerosis

Multiple sclerosis is an autoimmune disease that affects the central nervous system – the cerebrum and the spinal cord. It is an inflammatory disorder that affects the nerve fibers and, in particular, their isolation /the myelin membranes/. Thus, the transmission of nerve impulses is disturbed and the patient cannot control his limbs, and facial paralysis, visual disorder and other ailments occur.

The illness may occur within a broad age range – from 15 to 50 years of age, as the risk for women is twice as high. The disease has different forms – such as seizures alternating with clear periods, which is the initial stage in most cases.

After a certain period /approximately ten years/, the disease becomes chronic and begins to develop faster without clear starts and ends. In some cases, the disease can progress rapidly from the beginning and without periodicity. The progress of multiple sclerosis leads to disability, in which one cannot take care for himself and becomes entirelly dependent on others.

In the early stages, patients experience impairment in muscle activity – weakness and, at the same time tension with sudden contractions. They get easily tired, so they begin, consciously or unconsciously, to avoid physical activities. The later stages occur when patients are in bed, as even speaking exhausts them.

The sensitivity of the face weakens in the course of the disease, as well as the sensitivity in legs and hands; the mobility starts to decrease – from painful halting, problems with balance and hand movement to immobilization. Inflammations can affect the optic nerve, which leads to vision impairment. The patients experience problems with the concentration,  memory, excretory system, and with a number of other functions.

In this condition, patients feel constant anxiety, irritability, which can be manifested as aggressiveness. They isolate themselves and limit their contacts, which can lead to frustration and depression. Other symptoms may be tingling, muscle spasms, pains, fever, dizziness, and so on.

Genetic predisposition, various external and internal influences, as well as autoimmune processes are considered to be the causes of the disease.  The external influences include various viruses, but usually the factors are combined.

To deal with seizures, the pharmacology primarily uses corticosteroids, and to slow down the disease process – interferon, immune suppressants such as natalizumab, teriflunomide and others.

Multiple sclerosis and treatment with the help of Ayurveda

Ayurveda associates multiple sclerosis with the diseases caused by increased Vata dosha that is out of balance. The functions of the brain and nerves are carried out through this dosha, and its energetic imbalance leads to disturbance in their functions.

Ayurvedic herbal treatment applied for multiple sclerosis is varied, long-term and complicated, with combinations to improve digestion, for detoxification, for nourishment and strengthening the brain and nervous system. Therefore, it must be prescribed by an Ayurveda specialist and the patient must follow the instructions. Moreover, the healing course is unique because the condition of each person is individual – the treatment of one cannot be applied to others.

Among the main ingredients included in the healing herbal complex for treatment of multiple sclerosis is aswaganda, and it is used for stimulation and regeneration of the nervous system, as well as to soothe the mind. If used individually, the herb can be consumed three times a day, one tablespoon with some milk, half an hour after eating. This regime lasts for the first 7 or 8 months of the healing, after which the herb should be consumed twice a day, until the treatment reaches one year.

Thereafter, it should be consumed three times a day, half an hour after eating, after the second and third phase of the Moon. Esfolip can also be added to the herbal complex. The action of the herb is multifaceted – it improves the brain circulation as well as the peripheral, stimulates and detoxifies the liver, which is related to metabolism, and has good effect on cardiac activity. If consumed independently, it can be taken three times a day with food.

Chyawanprash is used as an immune modulator because multiple sclerosis is an autoimmune disease. Chyawanprash can be consumed for a month and a half, three times a day, half a tablespoon 30 minutes after eating.  Thereafter, during the first the second phase of the Moon it can be taken 3 times a day, one tablespoon after eating. There are many other ayurvedic herbs that are used to treat multiple sclerosis, as one of these herbs is brahmi with milk for stimulation of the brain in the morning, consumed on an empty stomach and in the evening – one or two hours before bed.

Vegetarian diet is prescribed by the Ayurveda physician during the treatment, as well as external and internal cleansing procedures /Puvakarma and Panchakarma/, pouring and massages with warm sesame oil, relaxation regime and selected activities, yoga, psychotherapy to deal with fears, etc.

Balancing Vata dosha through food with the help of Ayurveda

Vata dosha is characterized by dryness, lightness and coldness. If this dosha is increased, respectively these characteristics are increased, so Ayurveda balances this energy through the opposites. Thus, foods that balance Vata dosha should be more fluid, heavier, oily and warm.

It is recommended to cook them, as raw foods, cold and dry foods are contraindicated –dried fruits, popcorn, crackers, and so on. Legumes also should be avoided, except for the Mung dahl – beans similar to lentils.

In general, bitter and astringent foods are not recommended, as well as the too spicy ones. Oats, rice, quinoa, wheat are recommended of the grains, as they should be prepared with more water so the meals to be more liquid. White bread, white rice, buckwheat, corn and rye are not recommended.

Apart from mung bean, among the recommended pulse are red and black lentils, as well as yellow peas. The dairy products must be home-made, so that you can be sure that they have not undergone processing just like these in the supermarkets, and they should not be in the form of a powder.

There are also many spices that can be used for Vata balance – black pepper, ginger, cinnamon, turmeric, basil, cardamom, cumin, mint, oregano, nutmeg, mustard and others.

The drinking water should not be cold, and the daily intake should be at least a liter and a half, consumed at regular intervals in small sips. Alcohol, black tea and coffee are not recommended because along with the other effects, they affect the nervous system. In fact, according to Ayurveda, the alcohol feeds the ignorance.

The eating should happen always at certain hours and the dinner should be consumed early – at 18 p.m. It is important the person to eat slowly and to be relaxed while eating – without loud music, TV news, while working, etc. 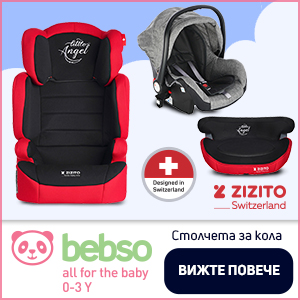